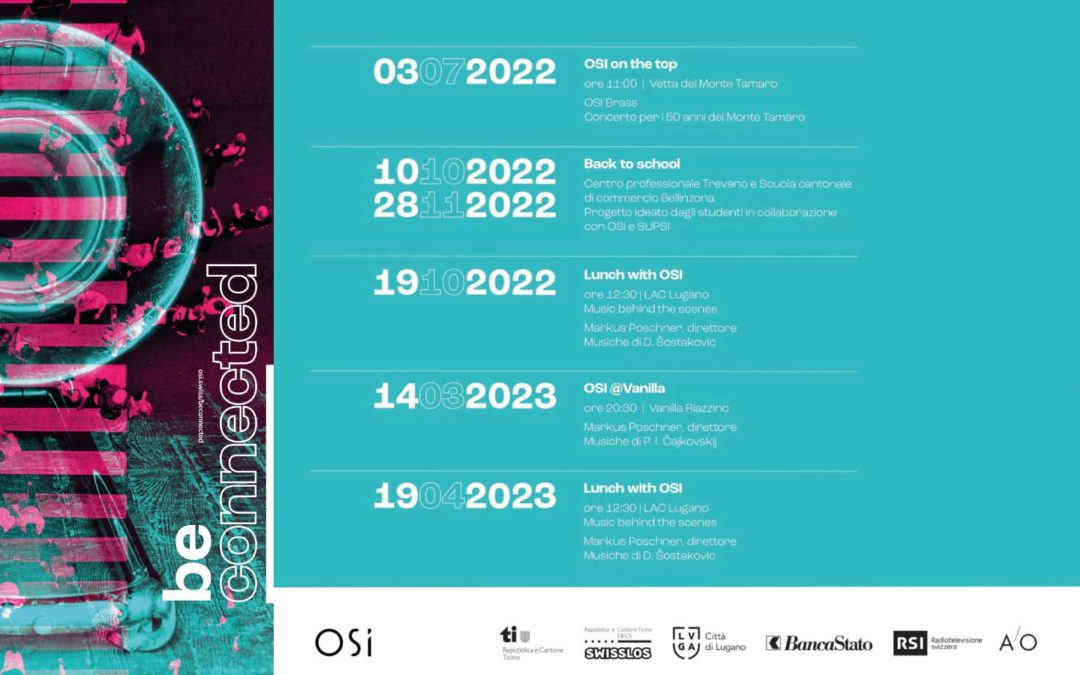 “Lunch with OSI”, lunch with the Orchestra della Svizzera italiana:
the innovative “be connected” event kicks off.

The 19 October sees the start (after a summer preview in July) of the first public event in the new OSI series called “be connected”: opportunities to hear the Orchestra della Svizzera italiana in concerts that are a little unconventional, that can arouse curiosity and also break down those barriers that are sometimes created in the face of classical music. It begins with a special rehearsal-concert at the LAC on Wednesday 19 October from 12.30 to 13.30, with lunch included. The methods are innovative: musical moments alternated with a real dialogue with the Principal Conductor Markus Poschner, who will explain what lies behind the performance of a symphony (Šostakovič’s Symphony No. 1) and answer questions from the audience.

Lunch with OSI will be repeated in the spring, on Wednesday 19 April 2023 at 12.30 p.m., with Čajkovskij’s Manfred Symphony explained and commented on again by Maestro Poschner.

Finally, the highlight of the be connected festival will be the much-awaited special spring concert in the Vanilla discotheque in Riazzino (OSI@Vanilla, 14 March 2023, 8.30 p.m.), where the Orchestra della Svizzera italiana will perform Čajkovskij’s Third Symphony (known as the Polacca) in a totally innovative context for classical music.

More information and reservations on the official website of OSI.